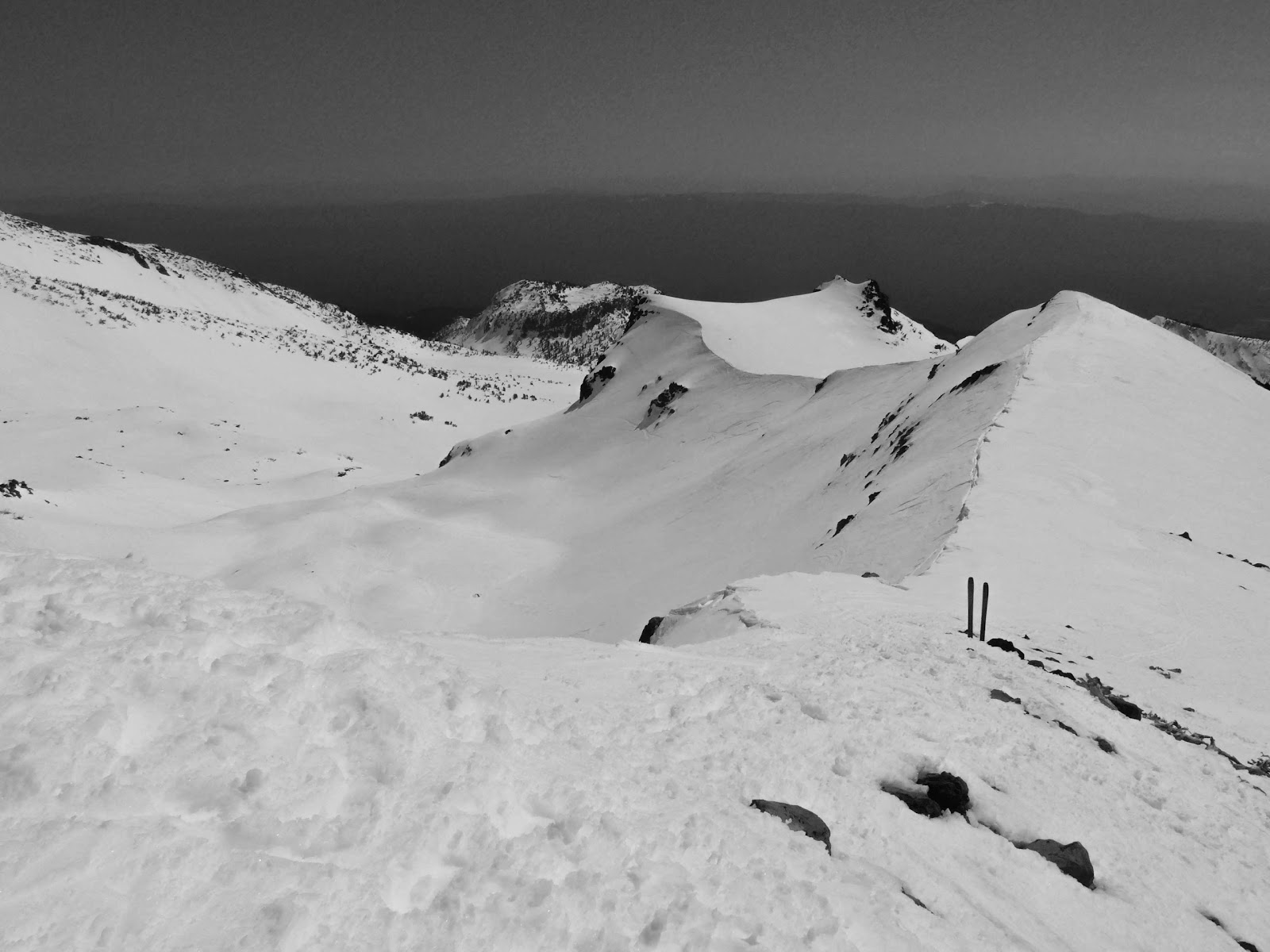 As of yesterday, the seasonal rains (and mountain snow) have returned to the northwest. But for the few weeks prior, spring was here in full bloom. And lucky for me, last weekend (for the first weekend in months) I had no specific plans other than exploring the mountains around me. After leisurely hiking for some turns on Mount Ashland Saturday morning and watching March Madness basketball all afternoon, the wheels in my head were spinning with what to do on Sunday. McLoughlin? Thielsen? Access for either of those might be challenging, I thought. Then I stumbled on a recent blog post proclaiming that "hero turns" were being found on Mount Shasta. Sold.

Located about ninety miles south of Medford on I-5, I often forget that Shasta is so close to the Rogue Valley. Probably has something to do with it being in another state (even if I live a mere thirty minutes from the border). By 9:30 am Sunday morning I was exiting the freeway in the tiny hamlet of Mount Shasta City, and by ten I had parked at Bunny Flat (the winter terminus of the Everett Parkway), 6,900 feet high on the southwest flank of Mount Shasta. I had no specific plans for the day, other than hiking above the tree line and skiing whatever looked good.

At the trailhead I quickly geared up and headed up the unnamed ridge on the west side of Bunny Flat. An hour or so later I was at 8,000 feet, staring at gorgeous lines in nearly every direction. I continued up that ridge, all the way to an unnamed peak of 9,365 feet (see map below for route detail).

It was a rare warm and windless March day, so I took my time on the unnamed peak eating lunch, snapping pictures, and taking in the view of Mount Eddy and the Strawberry Valley below. An hour later, I was making effortless turns on perfect corn all the way back to Bunny Flat. Hero snow indeed.