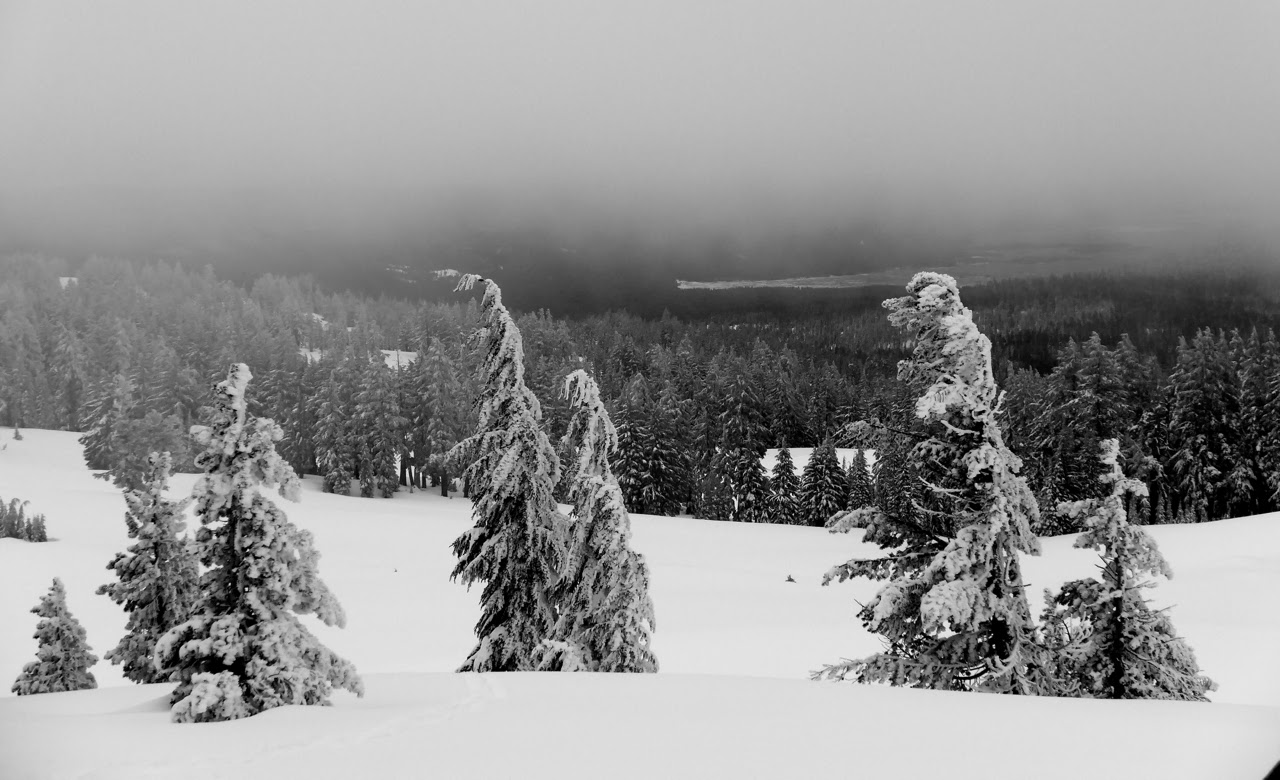 Despite a busy weekend, I managed to slip away to Crater Lake National Park Sunday afternoon for a quick tour on Garfield Peak, which received more than two feet of snow... plus a lot of rain. While the northern part of Oregon was locked in cold air (and Eugene received a once-a-decade winter storm), we in southern Oregon were on the warm side of a frontal boundary, and thus received rain even on the highest peaks. Accordingly, this tour featured a healthy dose of Cascade cement.

It was a gray day, so here are some black and white pics: 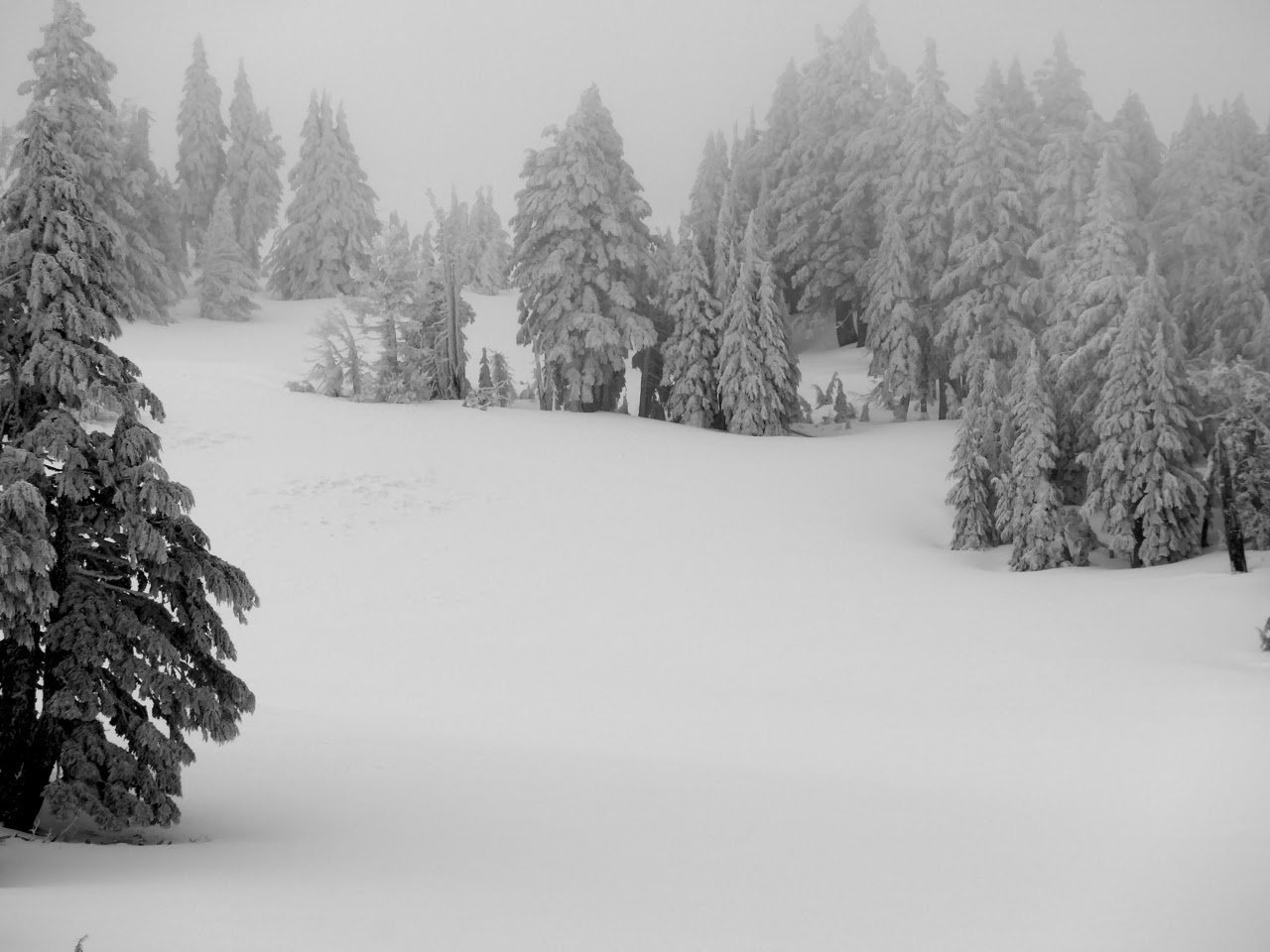 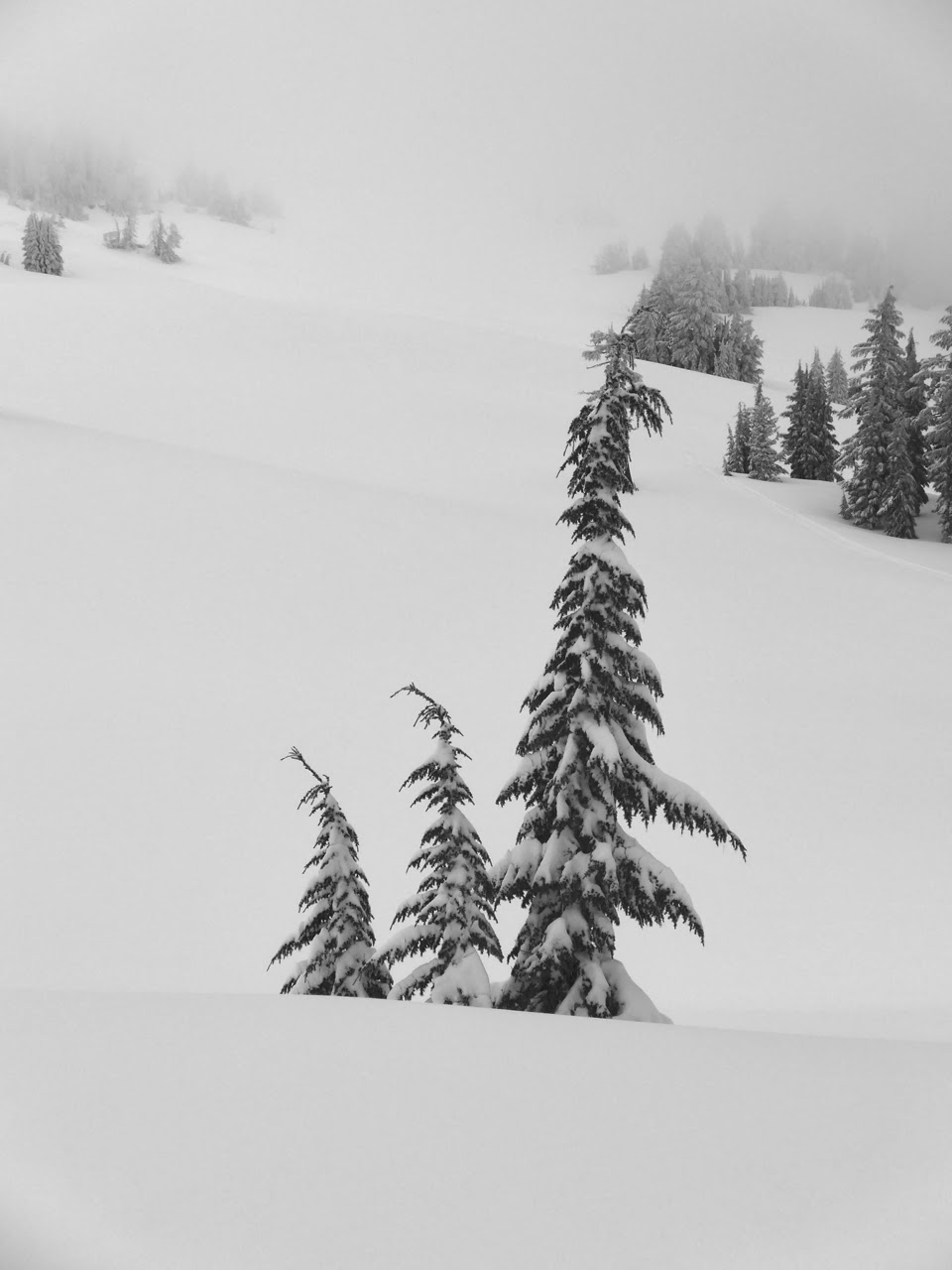 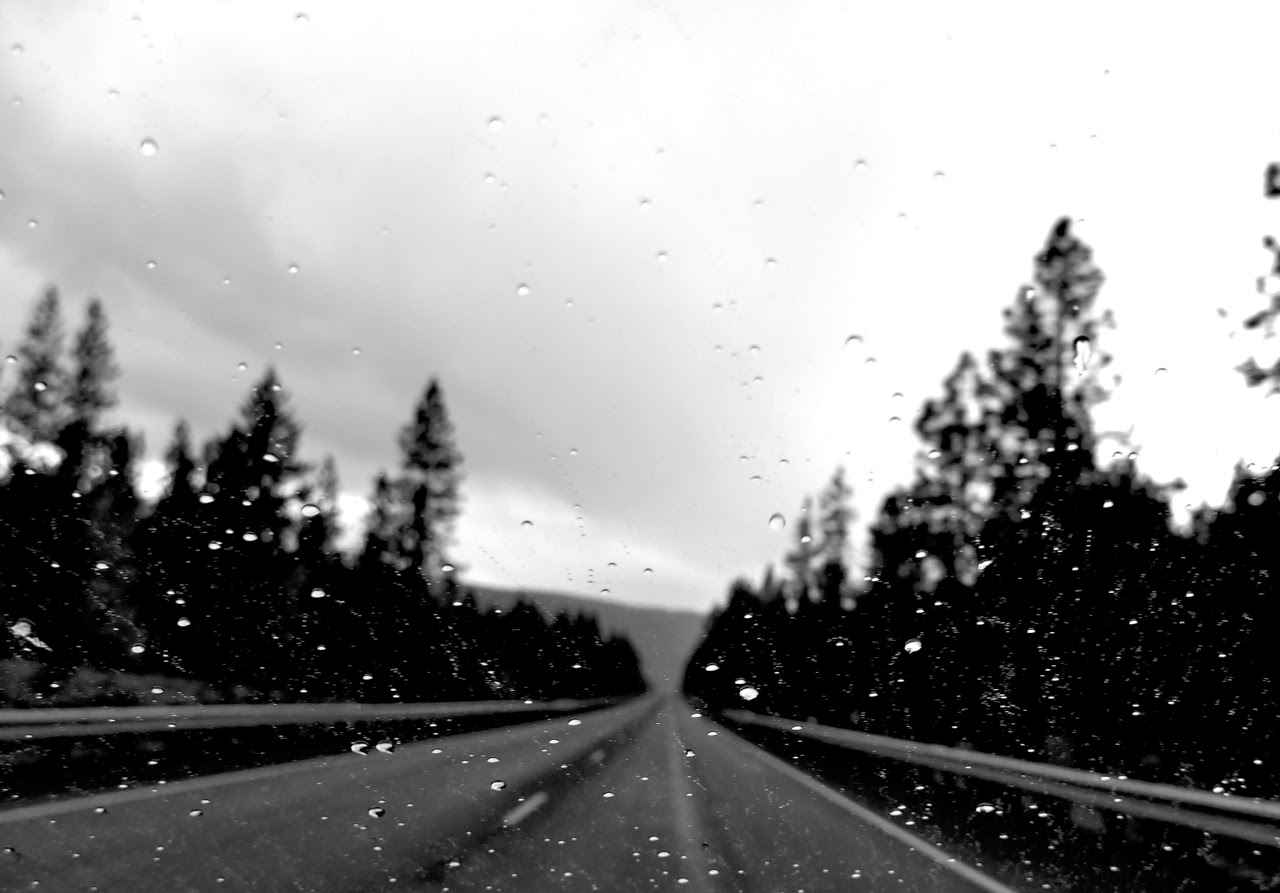