Powder days have been few and far between in the Pacific Northwest this season. I had an incredible day at Crater Lake in early December. But since then, from the California Sierras to the Washington Cascades, most of the western US has been buried under the Ridiculously Resilient Ridge, leaving us with temperature inversions and record low precipitation. So while national media outlets have been frothing with dramatic "polar vortex" stories, the Cascades and Siskiyous have been sitting high and dry.

But I digress. Early last week, winter returned to the northwest with a vengeance when forecast models revealed the Oregon Cascades would receive three to six feet of snowfall over the course of the week. I didn't want to miss out on a scarce powder opportunity, so I quickly put together plans to convene with some of my powder starved friends in central Oregon for the weekend. I left Medford after work on Friday, and by 10 pm I was drinking beers in a cabin at Black Butte Ranch outside of the small town of Sisters at the foot of the Cascade Mountains. 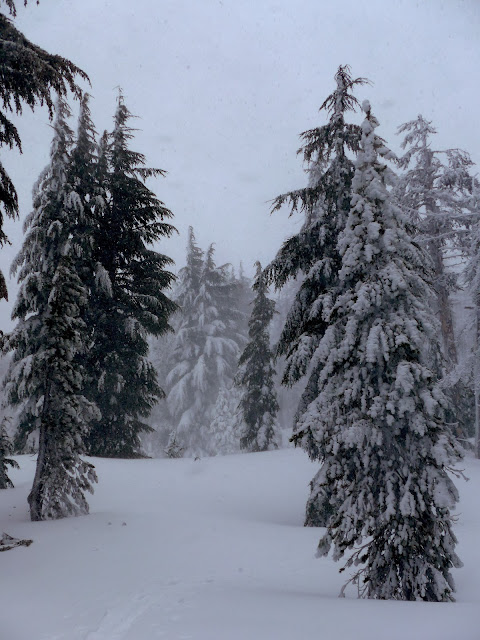 The next day, Lucy and I drove to the Dutchman Flat Sno Park, across from Mount Bachelor, to get some powder turns at Tumalo Mountain.

Conditions were very windy, but we didn't care. We were simply thrilled to have our winter wonderland back for a weekend. As we ascended Tumalo, it was hard to tell if it was actually snowing or the snow was just blowing from some nearby (or distant) peak, but it was of near-perfect consistency beneath our feet-- dense below and light on top. The skiing would be effortless. 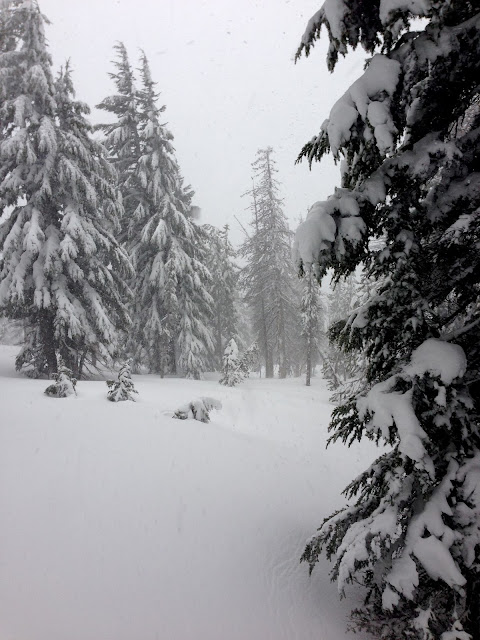 And effortless it was. After ascending to about 7,400 feet, the wind got the best of us, so we turned around for our descent. Lucy snapped a few photos of me with her iPhone on the way down. After such a long dry spell, it was good to be skiing again. 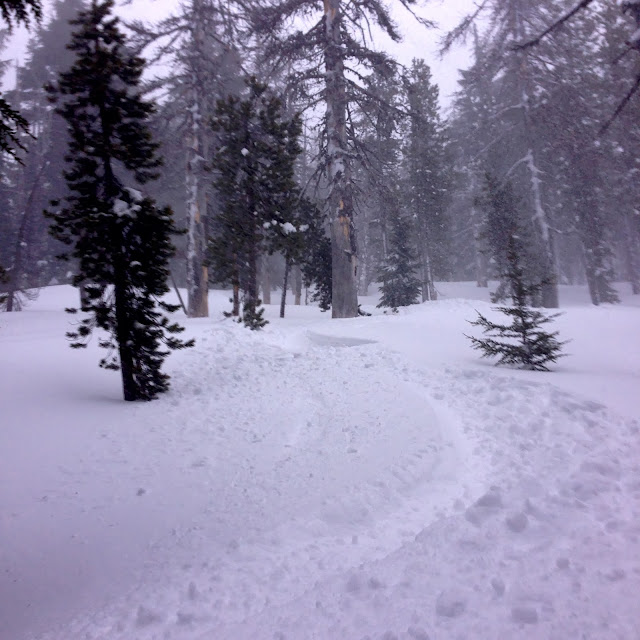