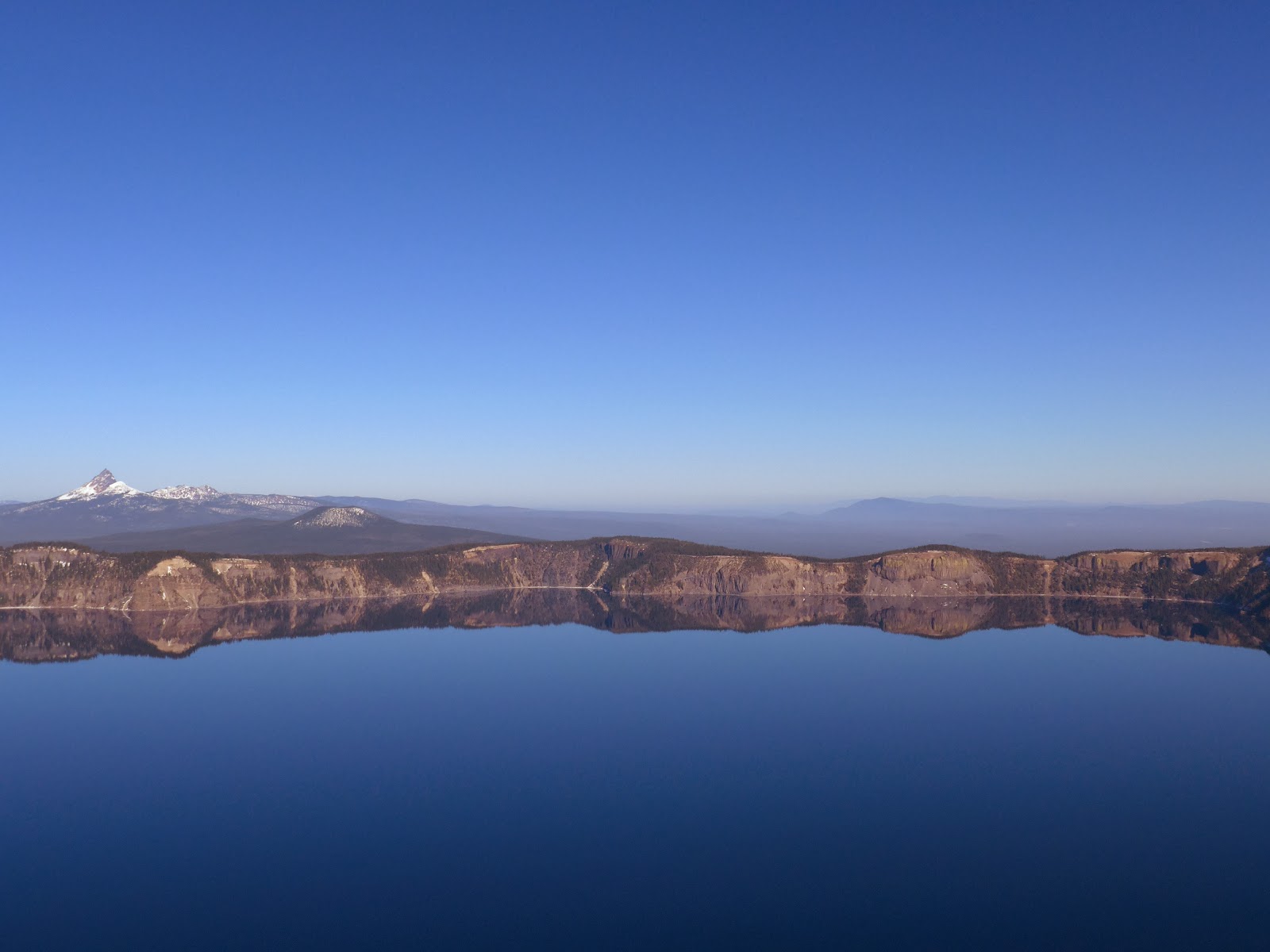 Tracking our weather has become something of an obsession for me this winter.  The Ridiculously Resilient Ridge, a fixture for the last 13 months, has kept the entire US west coast dry (during what is ordinarily our rainy season), depriving our mountains of their normally deep snowpacks. In Oregon, Hoodoo and Mount Ashland ski areas aren't open yet, and Willamette Pass is hanging on by a thread. Medford has experienced record high temperatures on each of the last three days.

But we're fortunate to live in a place where you can usually find something to ski, even during a terrible snow year. Undeterred by the recent spring-like weather, David, Kyle, Dwayne, and I ventured to Crater Lake on Saturday, on a mission to ski Garfield Peak, whose 8,056-foot summit watches over Crater Lake and the Crater Lake Lodge.

Garfield's character is a product of its history. Some 10,000 years ago, Mount Mazama (which then occupied the space that is now Crater Lake) stood roughly 12,000 feet high. Glaciers radiated in all directions from its towering summit. One of those glaciers filled the valley that is now home to Munson Creek, gouging ever deeper into the flanks of Mount Mazama in the classic U-shape attributed to glacial erosion. So when Mazama erupted (vacating the massive caldera that we now call Crater Lake), the lower part of that glacial valley remained intact. The highest point on the east wall of that glacial valley is... you guessed it, Garfield Peak.

As a result of its glacial heritage, the west face of Garfield is a playground of steep couloirs, chutes, and cliffs. However, because of this year's low snowpack, the west face is yet to be skiable this winter. So instead of jump turns on the west face, we opted for GS turns on Garfield's much mellower (but fully covered) southeast face. We would follow it up with a couple of car-assisted runs down the west side of the Munson Creek valley.

At 9:15 AM, we convened at Park Headquarters. It was already a balmy 35 degrees and felt more like June than January. But with a consistent freeze-thaw for at least two weeks, we expected excellent corn skiing. 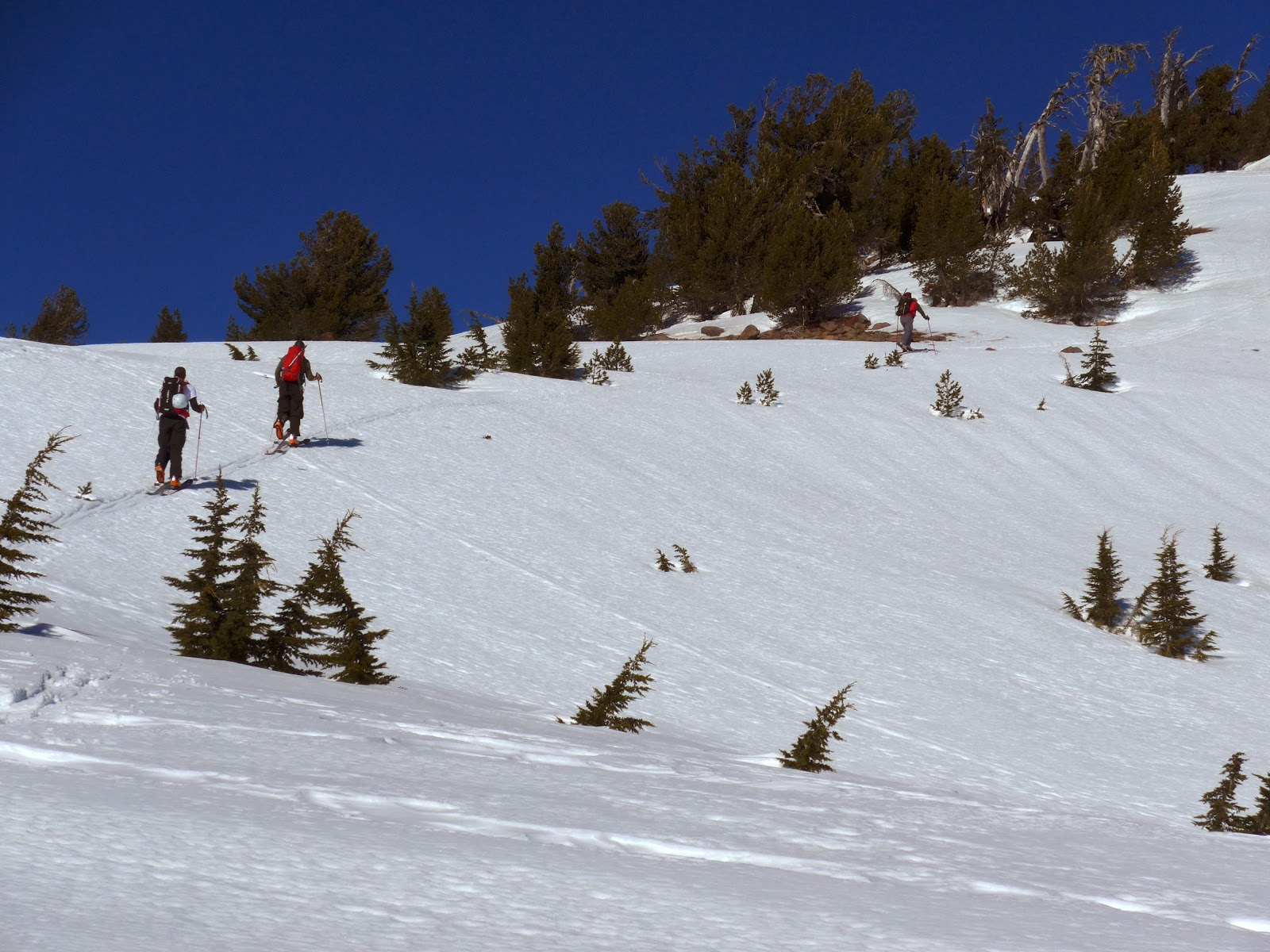 After a fantastic descent with better-than-expected conditions, we weren't ready to go home. We figured there would be some excellent tree skiing between the Crater Lake Lodge at Rim Village (7,000') and Park Headquarters (6,200'), so we did what any snow-deprived skier would do: We car-shuttled it. Our adventure yielded some of the best terrain of the day. 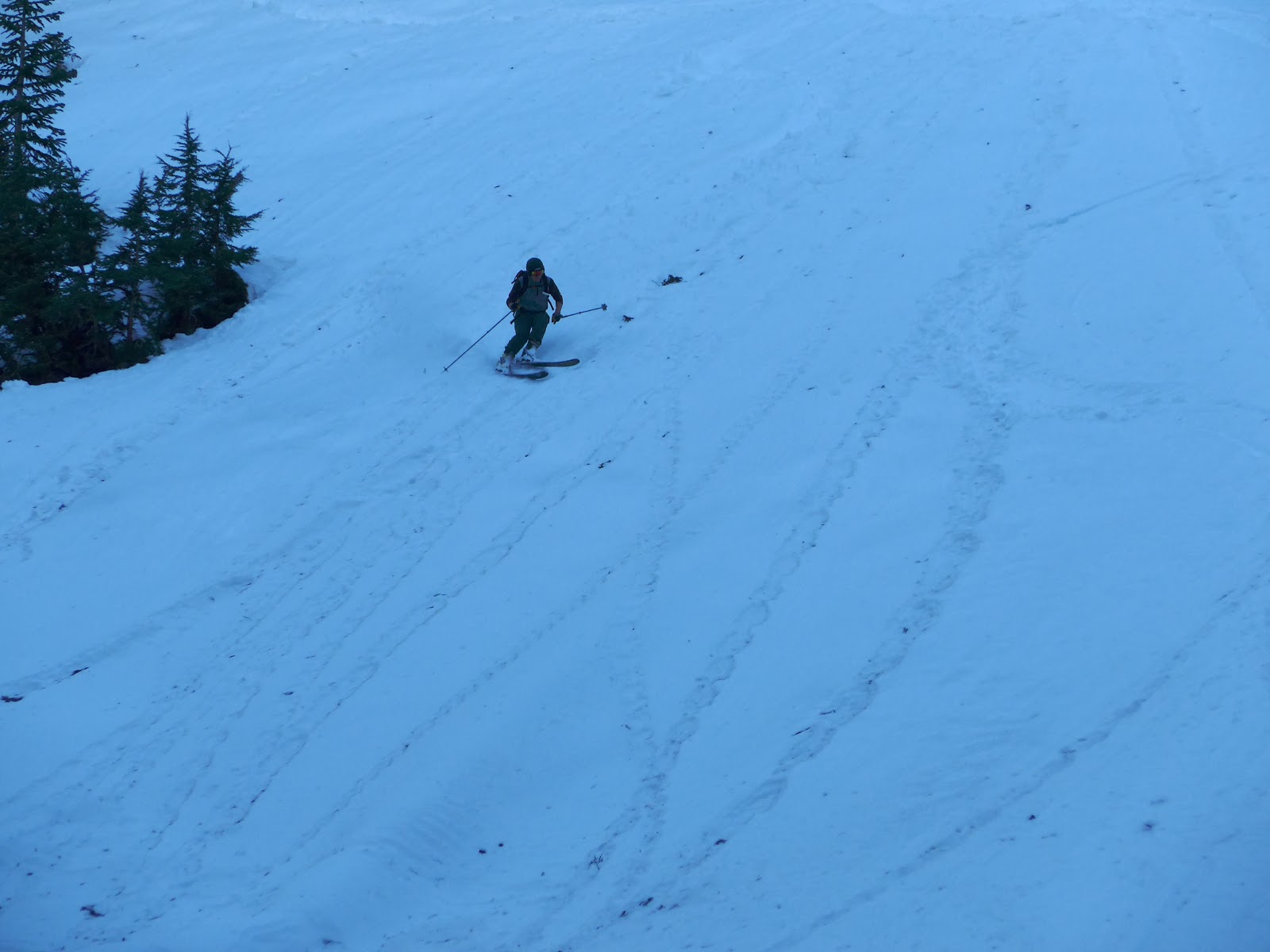 Taking risk is not bad as long as you know that you can handle it right and make sure you don't regret at the end. Visit my site for more information and thanks for your wonderful article it did helped me a lot.