At 7,419 feet, Dutchman Peak is (to my knowledge) the second highest peak in the Oregon Siskiyous and the second highest peak in Oregon west of the Cascades. I had been eyeing it for awhile.  It is clearly visible from the summit of Mount Ashland, roughly ten miles away, and on my many trips up Mt. A, I had ogled the Dutchman's glades, trees, bowls and-- it appeared-- even a few chutes (a rarity in the Siskiyous).  Last weekend I decided it was time to do some reconnaissance and perhaps get a few low angle turns.

In preparation, I spent the night before mapping how to get there. It looked like I could drive up the the Little Applegate Valley from Ruch and take Yale Creek Road nearly to the summit (or at least to whatever point the snow stopped me).

Sunday morning I grabbed my maps, gear, and Allie (my dog) and we hit the road. All went as planned until we reached about 5,000 feet, where, surprisingly, the rough road (not snow) stopped us.  Nevertheless, I could see the objective ahead of us, and looking at my map, it was about a mile away. The rest of the approach would have to be on foot.

We geared up and got moving. Looking towards the Dutchman from our parking spot, we could see that skinable terrain was within reach.


We walked through this muck for about a mile...

... until finally we reached a point where I could skin up.

The snow improved quickly as we went up in elevation. 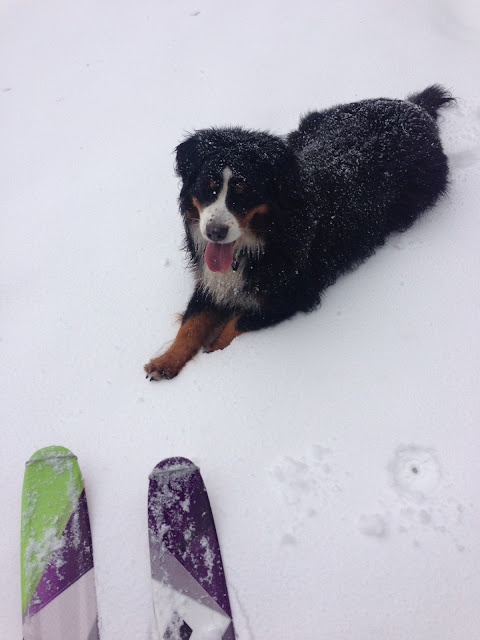 Some fine looking glades for a later date: 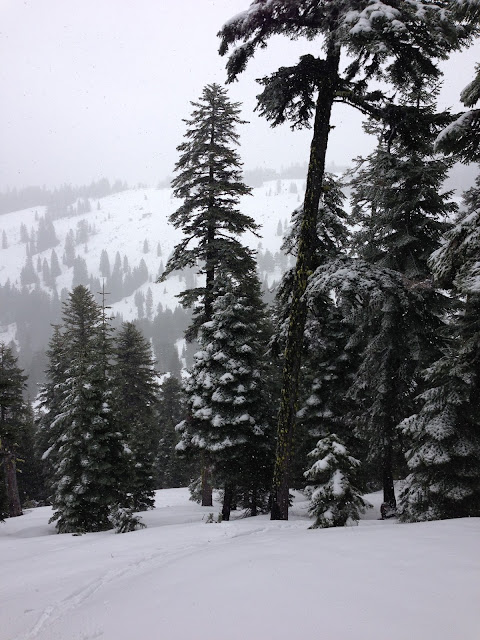 We skinned our way up to about 6,900 feet, where the terrain was steep enough that I thought better about continuing (since I did not have a partner on this day). 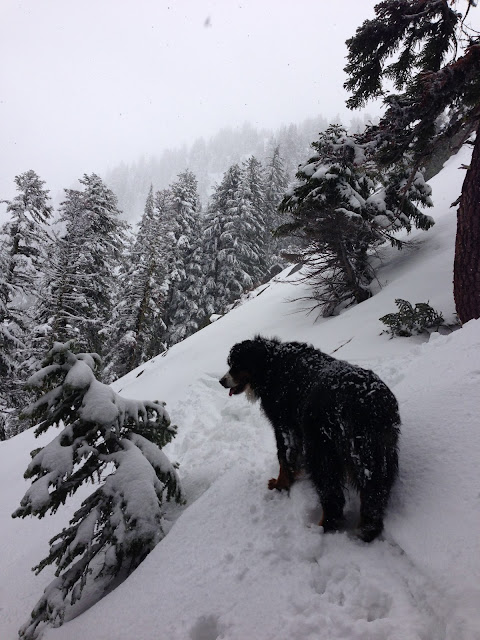 After our descent, it was back to hiking. 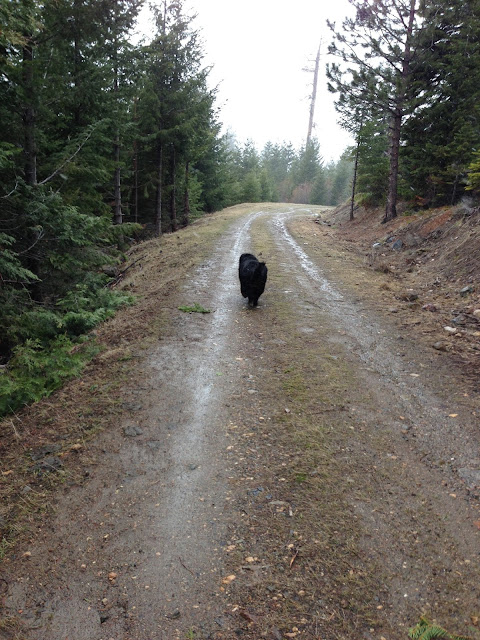 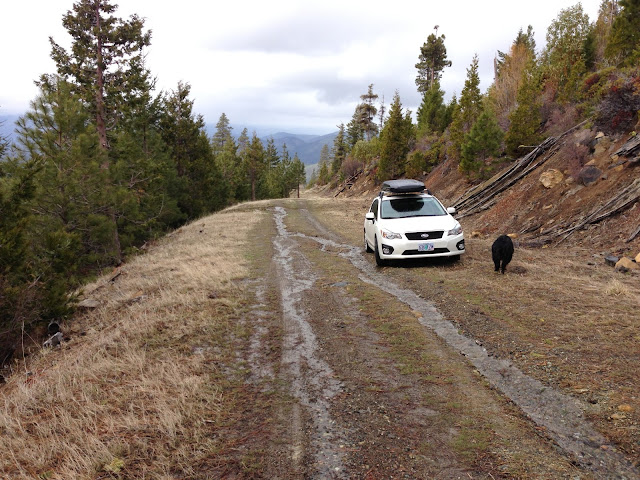 Our route for the day is shown below, courtesy of Gaia GPS (an iPhone app that allows offline downloading of maps, which I highly recommend for any type of off-the-beaten-path adventures where cell service is an uncertainty): 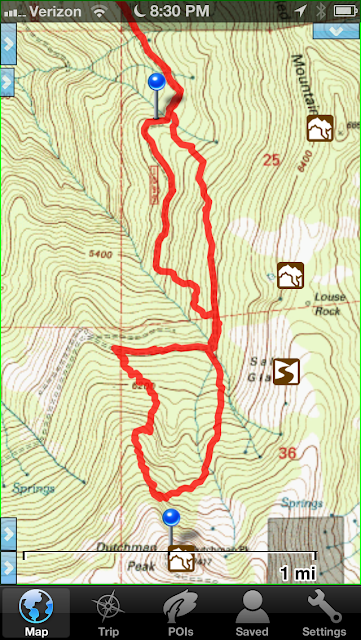 All in all, the day was a success: I figured out how to access the Dutchman (there was, however, a snow gate that was open on this spring day. That might not be the case during winter), got a great workout, and found some fantastic terrain. I will definitely be back with friends to do some laps and explore some of the more interesting terrain.

Thanks for the comment, Matt, and indeed it is! I've discovered some great terrain in the Siskiyous, but in some cases it is so remote that access can be, well... interesting.

I enjoyed you account, especially to see how Allie skis.